The Trump government announced on May 30 that it would impose a 5% tariff on all goods imported from Mexico on June 10, 2019, to force the country to take action against the so-called "illegal immigration crisis". 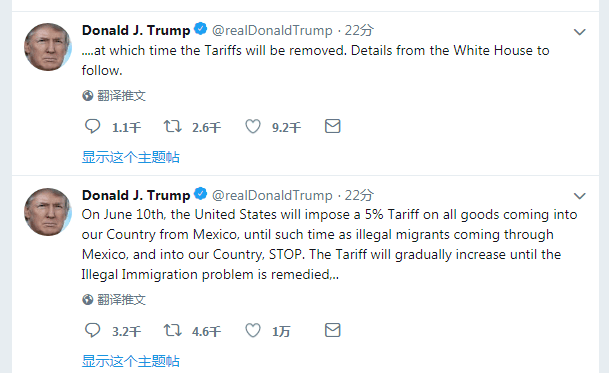 The White House press conference said: "If Mexico takes effective action to alleviate the crisis of illegal immigration, it is up to us to decide and judge, and tariffs will be abolished." However, if the government considers that no satisfactory action has been taken, the tariff will be raised to 10% on July 1 and will continue to increase every month until October 1, when it reaches 25%. If the government is still not satisfied with Mexico's immigration efforts, they will remain at this level.

The new tariffs will affect solar manufacturers like Enphase. As part of Section 301 tariff mitigation plan, Enphase shifted the manufacturing of inverters in the US market from China to Flex, a multinational technology manufacturer in Mexico, in the second quarter of 2019. Solar World commented to Enphase this morning, but no response has been received.

OutBack Solar also manufactures inverters in China and is considering moving its business to Flex Mexico. SPW also extended a helping hand to OutBack on the status of its mitigation plan and is awaiting comment.

Only one solar panel manufacturer has a major business in Mexico: SunPower. Although the company is one of the few companies to receive full exemption under Article 201 from the original 30% tariff on any imported solar panels, SunPower products from Mexico may not be able to avoid a new package of tariffs imposed by the Trump Government.